Wrap advertising or a vehicle wrap is known as the marketing practice of completely or partially covering (wrapping) a vehicle in an advertisement or livery. The result of this process is essentially a mobile billboard. Wrap advertising can be achieved by painting a vehicle’s outer surface, but an increasingly ubiquitous practice in the 21st century involves the use of large vinyl sheets as “decals“. The vinyl sheets can later be removed with relative ease, drastically reducing the costs associated with changing advertisements. While vehicles with large, flat surfaces (such as buses and light-rail carriages) are often used, automobiles can also serve as hosts for wrap advertising, despite consisting of more curved surfaces. Wrap advertising is also used in the magazine and publishing industries. 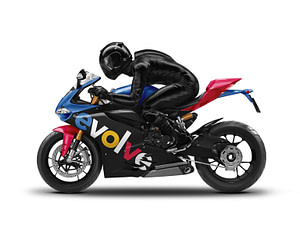 Until the age of the automobile, train companies were the largest industry to paint company names and logos for distinction on their locomotives and railcars.[1]

The first attempts at using the plastic in commercial applications failed as a result of being too fragile. In 1926, Waldo Semon invented the vinyl still used today by introducing additives to PVC that made it flexible and easier to process.[2]

A large milestone in the shift from small production vinyl lettering to a full vehicle vinyl color change took place in Germany in 1993 when the vinyl manufacturer Kay Premium Marking Films (KPMF) was asked to produce a film to be used in place of paint for the purpose of converting cars into taxis. At this time, German taxi companies were required by law to paint their fleets in a government mandated color, beige. KMPF provided an alternative to painting, which allowed taxi companies to bring a large fleet of vehicles into compliance with German law while maintaining the future resale value of the vehicle. Prior to this point, decommissioned taxis were heavily discounted or had to be completely repainted. With the use of vinyl vehicle wraps there was no need to repaint them or discount them as the vinyl could be removed without damaging the paint underneath. KPMF documented after 3 years of taxi service was complete, the vinyl was removed leaving a pristine and unscratched paint surface.[3]

The first commercial advertisement vehicle wrap is thought to have been created for Pepsi Co in 1993, which used vinyl to wrap a bus promoting its Crystal Pepsi product. It wasn’t long before bus wrap advertising was everywhere and the new form of vehicle graphics trickled down to smaller businesses and consumers. Wrapping whole vehicles was still challenging. Majority of the difficulties came from premature adhesion and air bubbles under the vinyl. As technology improved, companies like Avery Dennison, 3M and Oracal developed the use of air-channels that made the vinyl repositionable and allowed for bubble-free installation. Air-channel, created using microscopic glass beads incorporated into the vinyl’s adhesive, prevented the vinyl from fully sticking to the substrates surface thereby permitting air flow between adjacent sections. In addition, these beads allow for the vinyl to be repeatedly removed and reapplied until the beads are broken by firmly pressing the vinyl using a small hard squeegee. Once the beads are broken the vinyl will be firmly adhered to the substrates surface. Proprietary company blends of polymer in the vinyl allowed the material to conform to compound curves, recesses, and corrugations through the use of heat guns and torches. [4]